Roderick self-published a book in 2005 called The Highfield Mole that caught the eye of Barry Cunningham, founder of Chicken House, a publisher of children’s books. It was subsequently re-released as Tunnels in July 2007 and, after a degree of media interest around its launch, it was published in almost forty countries and became a New York Times Bestseller. Tunnels was followed by five sequels which have achieved overall sales of some two million copies worldwide. Although the proposed film of the first book didn’t come to fruition, a new initiative is looking promising.

Stanley is both an artist and a writer, and has self-published himself in the past. In recent years his shows have included Red Maze at the Schunk Museum, the Minotaur group show held beneath Waterloo Station, and Far Away is Close at Hand in Images of Elsewhere at The Outsiders London. He also creates images for Radiohead and Atoms For Peace.

Having admired and collected his work for years, Roderick made contact with Stanley in 2012 when he referred to a book by Roderick’s great-grandmother called Prehistoric London – Its Mounds And Circles on his blog. Roderick asked him if he’d consider doing an illustration for Summerhouse Land. After a few more emails it all finally came together in September and October 2015 when Stanley worked on the linocut. Stanley’s website is here.

And here are some photos Stanley took as he was working: 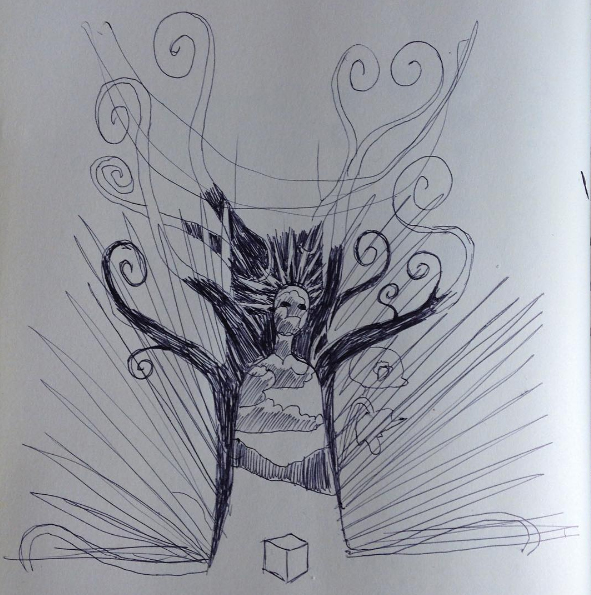 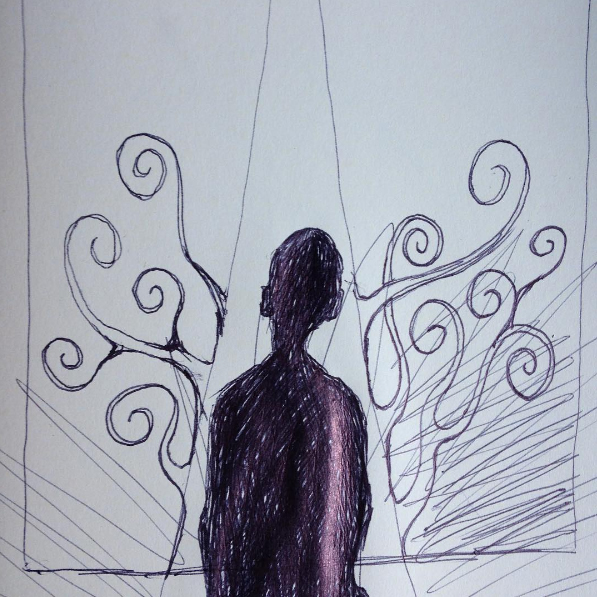 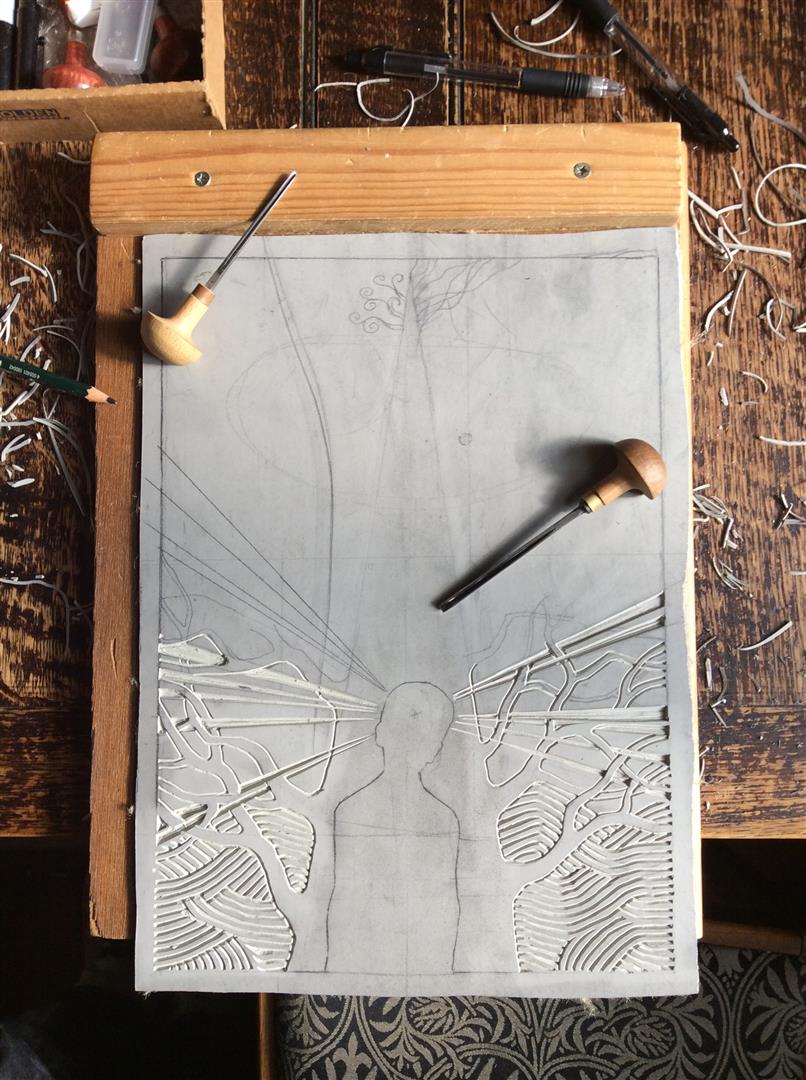 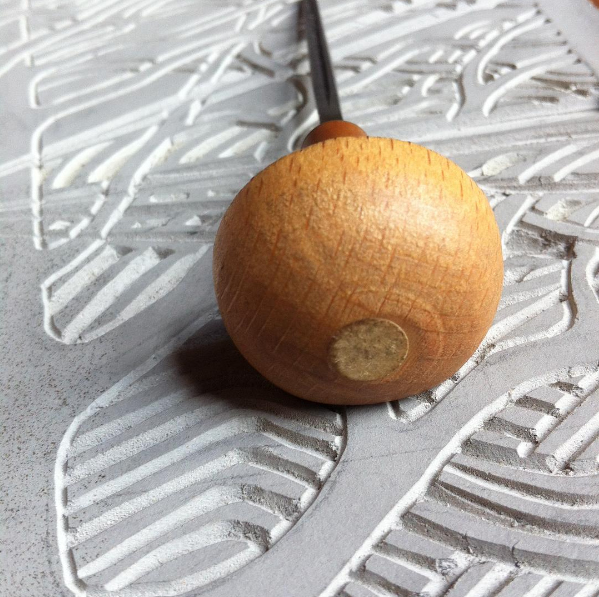 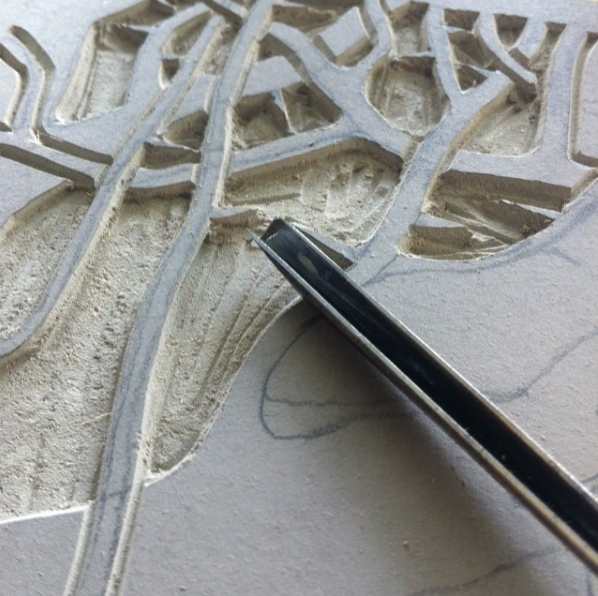 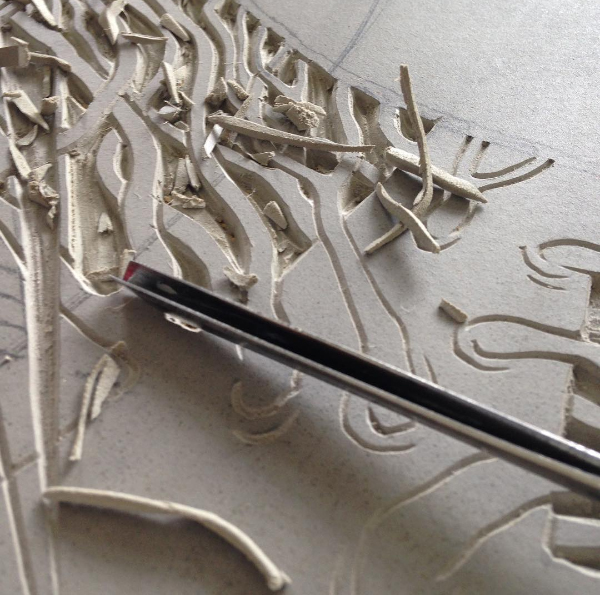 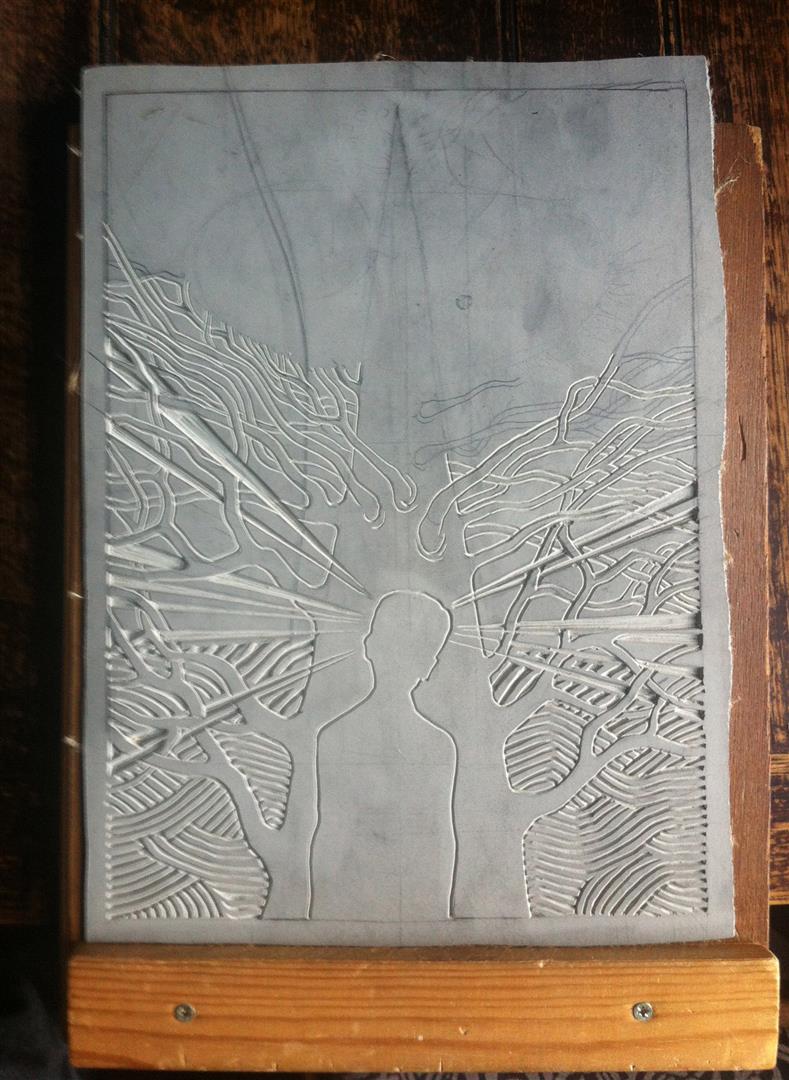 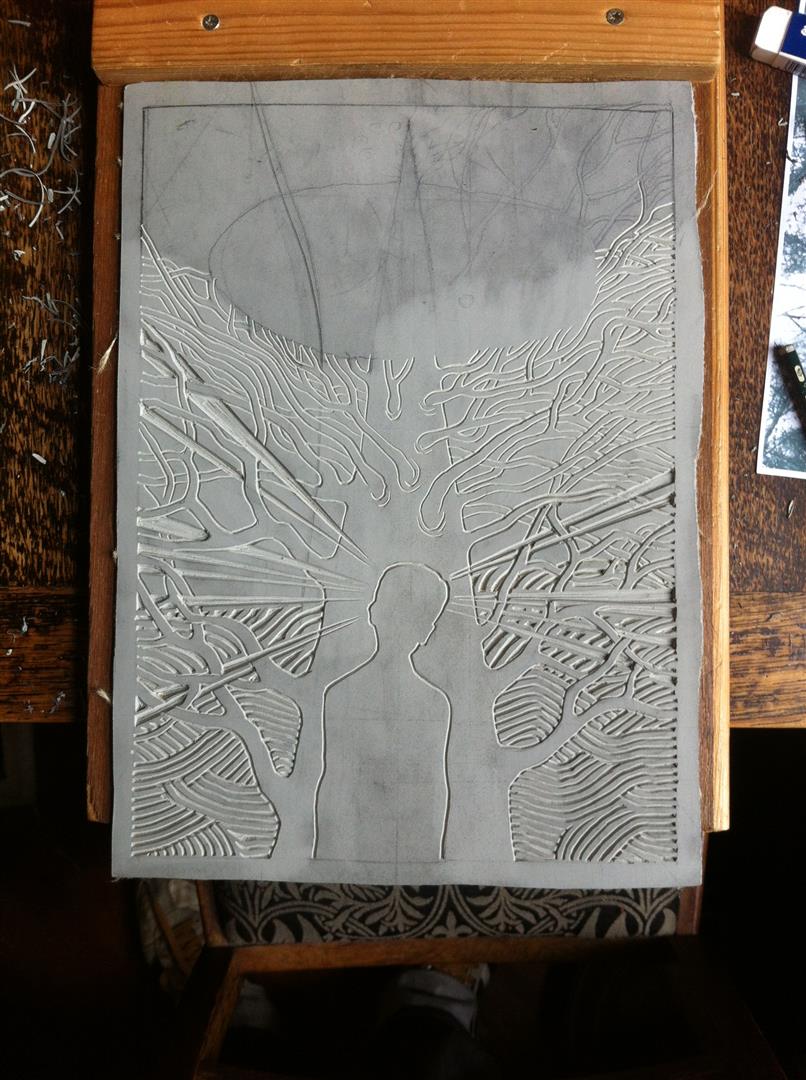 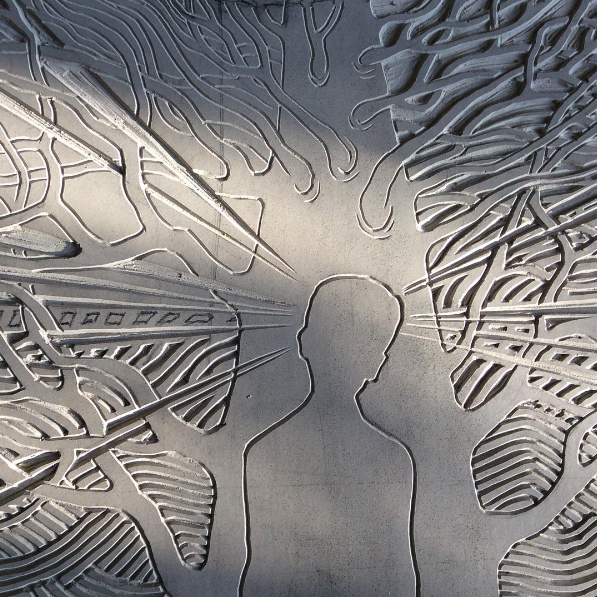 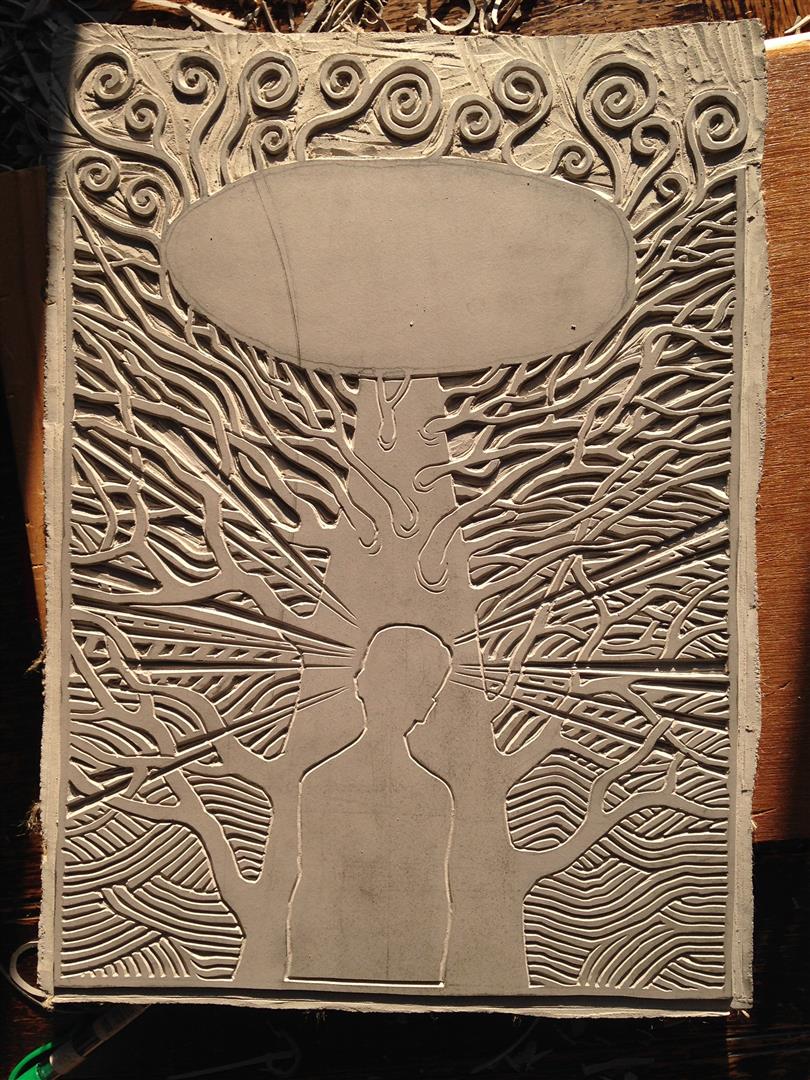 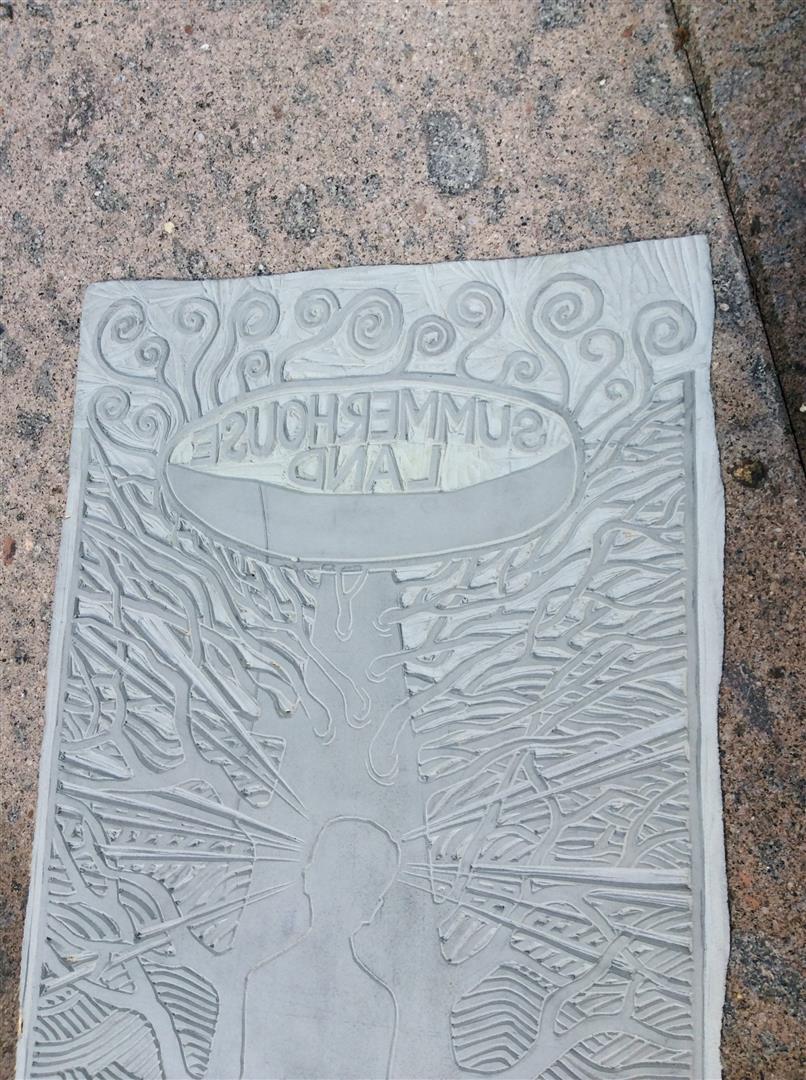 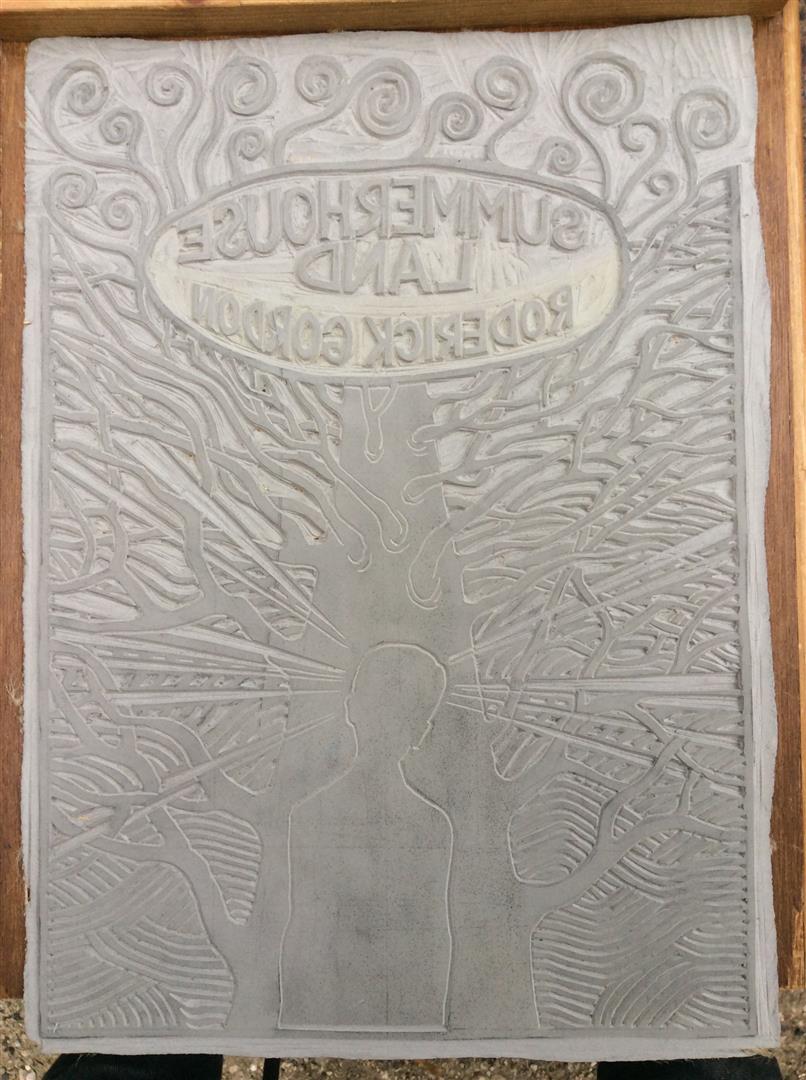 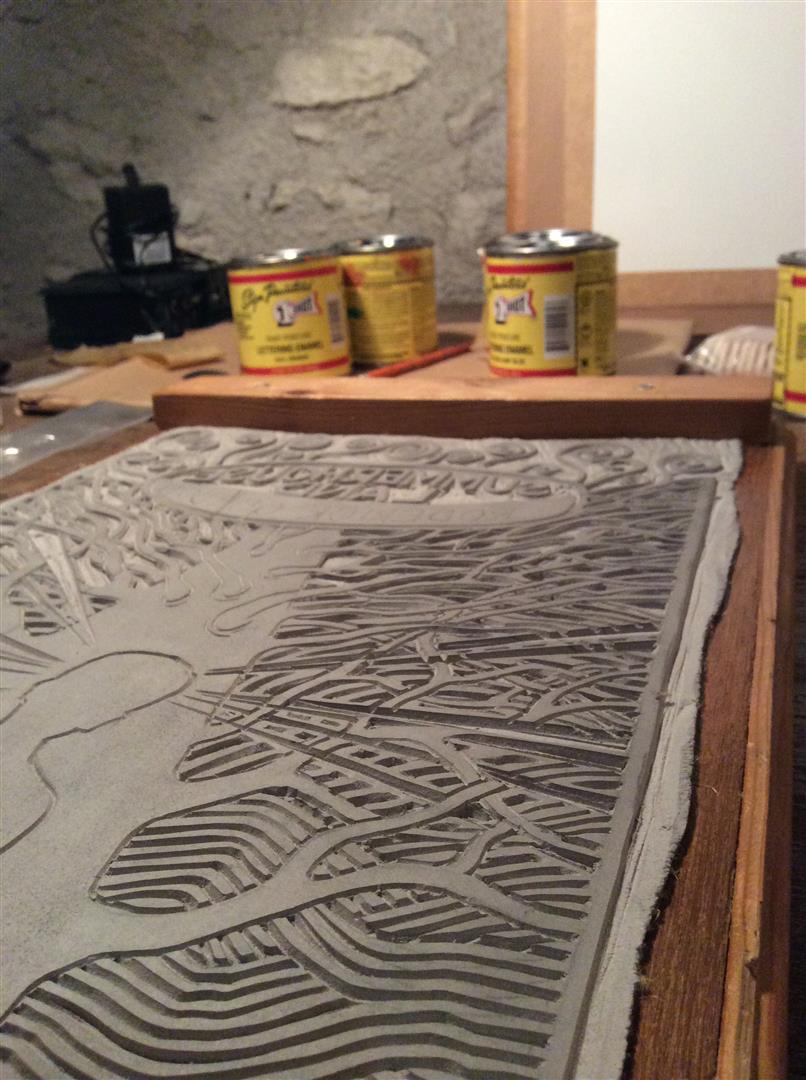 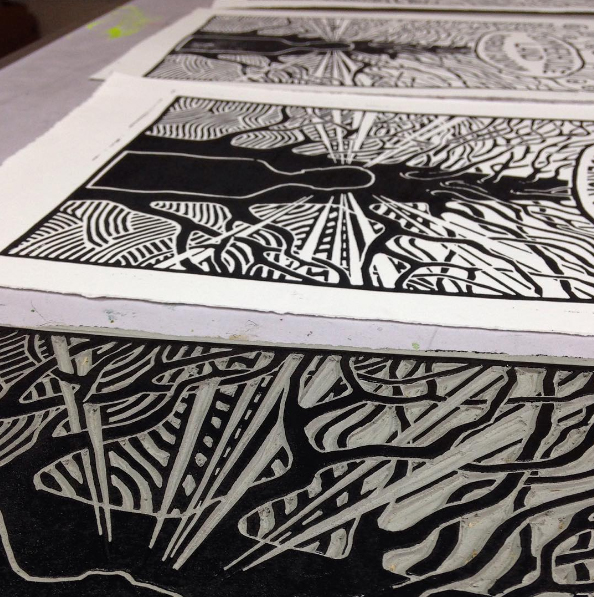 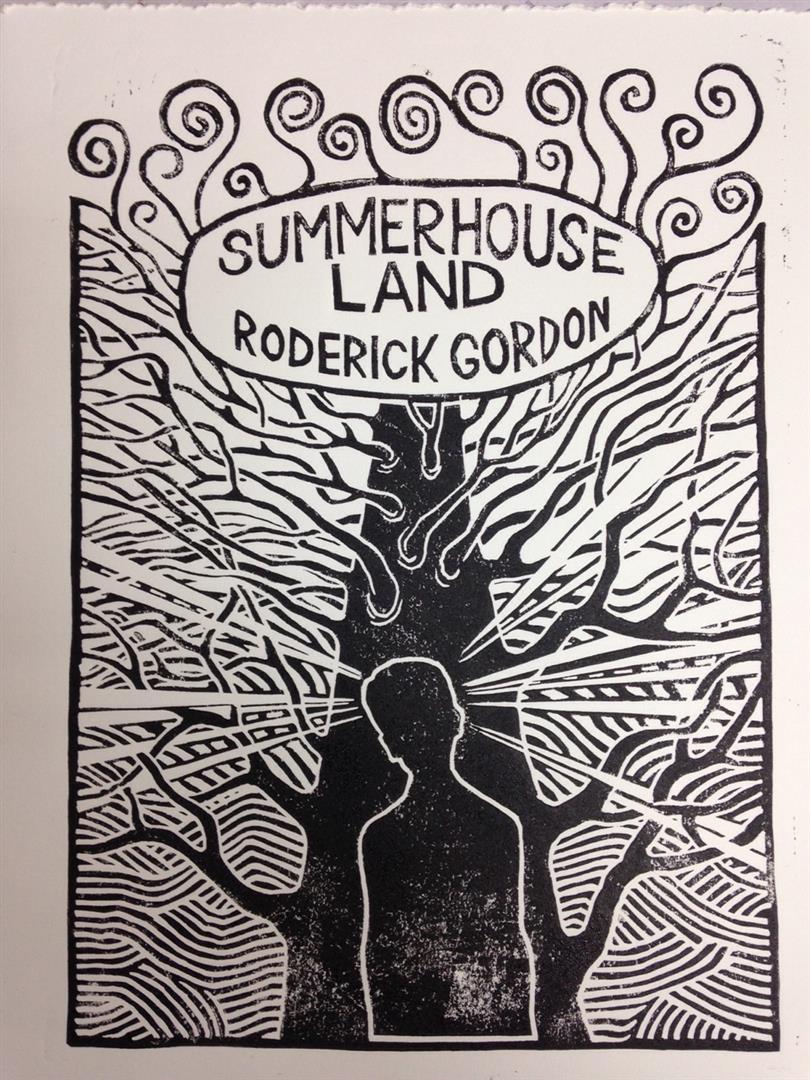